I found my first vintage Vera scarf this past weekend. It was basically staring me in the face, wrapped around a headless mannequin's neck. I pulled it off and proceeded to be the creepy guy buying women's clothing at the Goodwill.


The scarf isn't technically my first piece of Vera. I found an Island Worcester sunflower coffee pot and creamer a while ago, but I've kept my eyes peeled for a scarf for some time now.

Having snagged the scarf, I set about researching and placing it production-wise. Seems like the material (acetate), the upper case "V" Vera, and the ladybug place it in the early 1960's. Earlier scarves were made of silk and had a lower case "v". Later scarves omitted the ladybug and were made of polyester.

I was super impressed while researching by Vera's patterns. Reissues by Target and Crate and Barrel have focused on floral and figurative designs, but I found tons of amazing modernist geometric and abstract patterns all over the internet. 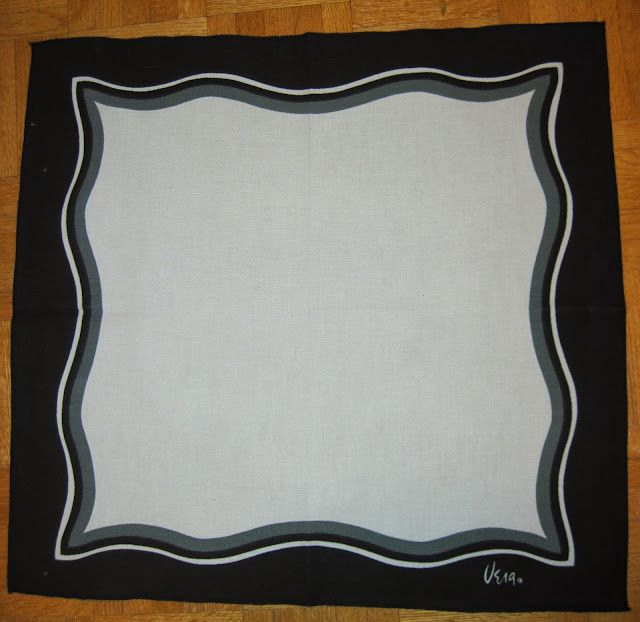 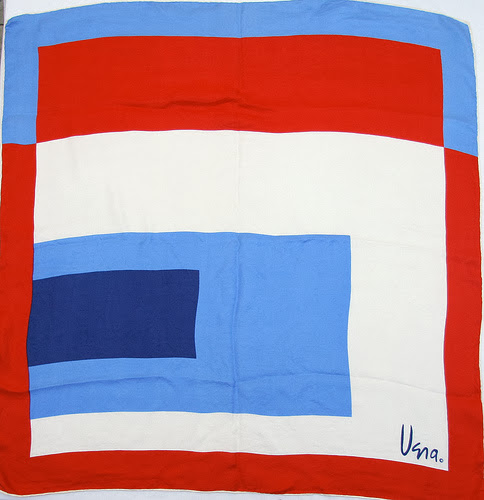